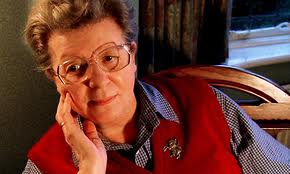 Cllr Paul Smith, Mayor of Wotton-under-Edge was delighted to receive a bequest from the late U A Fanthorpe of her CBE and Queen’s Gold Medal for Poetry on behalf of the town at November’s Council meeting.

The medals were presented by U A Fanthorpe’s long term companion, Dr Rosie Bailey who spoke of the affection they had for the town of Wotton since their arrival in 1975.

She said: “We had no idea, when we arrived, that we’d chosen such 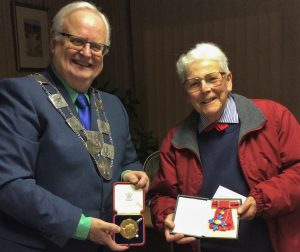 a special town to live in. No one had told us that it was a place somehow designed to be on the right scale for human beings” and spoke of a magazine article UA had written some years later which noted the town’s self-sufficiency, friendliness and delights.