Click here for more information on Councillor representatives to other organisations.

I was co-opted onto the Council in 2011 and elected in 2015, 2016 and 2021. I served as Mayor and Chairman of the Council from May 2013 to May 2015 and again from May 2019. I was Deputy Mayor in 2012/13 and 2017/19 and was Chairman of the Planning Committee in 2012/13 and 2018/19. I moved to Kingwood village with my wife, Jill, in 1996 when my work was re-located from London to Bristol and moved to Wotton in 2001.    Our two children attended KLB School. I am a Chartered Engineer by profession and retired from the Civil Service in 2008 where I was awarded an OBE in 2004 for my service with the Ministry of Defence.  Although not a “local” by historical standards I care very much about the future of Wotton and joined the Council to make my contribution to the community.   I am a keen hill walker and am normally out with my dog up and around Wotton Hill on most mornings.

You can contact Councillor Claydon via email at rclaydon@wotton-under-edge.com 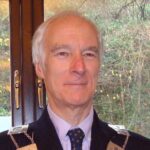 I have been a Town Councillor for two years and lived in Wotton for over fifty years. I am involved with the Town Regeneration Plan and on the following committees: A Trustee of the General Charities, the Allotments, Youth Liaison Committee, South of Stroud Youth Partnership. My interests include writing poetry, painting, music, wandering up the street on a nice day and chatting to all and sundry, gardening especially relaxing on the lounger with a glass of cool cider and binoculars to hand to see the buzzards circling and airliners on their way to foreign climes. I joined the Town Council to give something back to this town I love so much. You can contact Councillor Barton via email at pbarton@wotton-under-edge.com 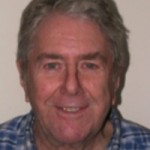 John has been a Town Councillor since 1979 and was Wotton’s County Councillor from 1981 to May 2021. Over the years he has served seven terms as Town Mayor and has also been Chairman of Gloucestershire County Council and has held other leading positions on the County Council. He takes a particular interest in local history and has written three leaflets about the town. His main areas of interest on both councils are in planning and transport issues and in public rights of way. He worked in the nuclear power industry at Berkeley as a metallurgist and is currently a copy-editor and proof-reader when his council duties allow. You can contact Councillor Cordwell via email at jcordwell@wotton-under-edge.com 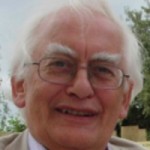 I was co-opted as Town Councillor in May 2021.   Myself and my husband moved to Wotton-Under-Edge from Bristol in 2017 with our two young sons, one who now attends The Kindergarten and the elder is at the British School. I am active within the PTA for the British School as Treasurer and have recently become Chairman of Trustees for The Kindergarten. Myself and my family enjoy walking around Wotton and visiting the local parks at the weekends.  In my spare time I enjoy running, sewing, card making and reading and have recently written a children book. I joined the Town Council to help within the local community both with current and future opportunities.  You can contact Councillor Creese via email at tcreese@wotton-under-edge.com 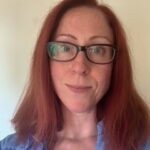 I have lived in Wotton for 67 years.  After leaving school I completed a five year apprenticeship in carpentry and joinery with Jotcham and Kendall.  I started my own business in 1970, carrying out all aspects of building working and around Wotton, for well over 45 years. I care about Wotton and becoming a Councillor and feel I could  put something back. Now retired, I am a Cotswold Volunteer Warden  carrying out all types of projects around the district.  I also drive for Wotton Volunteers and am a volunteer patient drive for Longfield Hospice. You can contact Councillor Lewis via email at jlewis@wotton-under-edge.com 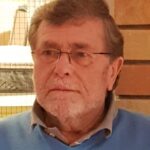 I joined the Town Council in May 2012. Both my wife Jen, and I have lived in this town all our lives and attended the Wotton schools as children. We have two children and both went through the Wotton school systems. My two main employments, were the Cotswold Collotype and South Gloucestershire Council. I have been interested in local history since 1959 when I attended the British school in Bear Street. In 2002 I published a book “The Synwell Side Of Town” which went down well in the town. In the past I was involved with local sport as a playing and committee member of Wotton Rovers. I still play skittles for Synwell Sports and Social Club. I passionately believe that our town should not be left behind other towns in the area. You can contact Councillor Luker via email at tluker@wotton-under-edge.com 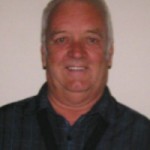 I was born in Kingswood, where I grew up. I went to Kingswood Primary School and then to KLB School. I joined the army for just over nine years where I was a mechanic and went to various places. On leaving the army I returned to Wotton, where I now live with my wife, Steph and our children. I now work in Bear Street Garage as service/parts receptionist. My interests are walking and cycling which I do a lot whilst out in our motorhome exploring this country. I was co-opted onto this Council recently, hoping to improve thing around Wotton for everyone. I went to Army Cadets in Wotton as a cadet, and then as an adult instructor, both before and after the army, so would like to help all youth organisations. You can contact Councillor Pinnegar via email at npinnegar@wotton-under-edge.com 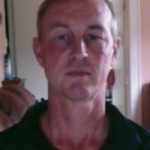 I moved to Wotton-under-Edge in 2019. My Partner has lived here for many years and his children all went to fairly local schools. I am a newly co-opted Councillor. Happily retired from being a Defence Barrister with a keen interest in Youth Crime and the associated problems of that area.  The change from that fast-paced life to the more gentle life of Wotton was absolutely the correct decision. The townsfolk have been immensely welcoming. I enjoy the town and the beautiful and stunning scenery, the outdoor spaces, so very important to many people, that we are lucky enough to be able to enjoy every day. We are also lucky enough to enjoy an allotment here. We enjoy lots of home-grown fruit and vegetables. I was recruited to the local GP’s Patient Participation Group as I was a Deputy Chair of another PPG, previously, to moving here. The local meetings have been via Zoom but have also included Stroud and Gloucester areas. I have learned a lot about the issues and the improvements that have been made in the important area of health. In a previous life I was an accomplished skipper of sailing yachts and have crossed many oceans. I hope to be able to assist in keeping Wotton the friendly and pretty place to live, for everybody. You can contact Councillor Taylor via email at ltaylor@wotton-under-edge.com 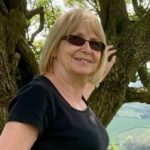 My name is Derek Thomas and I have lived in the town all my life and I own a local business that my family established in 1896. I want Wotton to be a vibrant town for both the commercial and leisure sectors and also a pleasant area to live in. I would like to see a more positive and forward thinking Town Council embracing the need for change, involved in projects to attract more visitors, investment, employment and improve the facilities of the Town including housing. The Community Plan needs to be prioritised. I also encourage the use of renewable energy and the use of electric vehicles to help provide a cleaner environment for us all. My own properties have renewable energy systems installed and are as a result zero carbon. I would also be interested in developing community energy projects. My social activities include tennis, hiking, glider pilot and cycling. You can contact Councillor Thomas via email at dthomas@wotton-under-edge.com 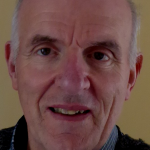 In 2009 my wife and I moved to Kingswood when I took up a position of Super Store Manager at Tetbury Tesco. I am married with four children and we are blessed with six grandchildren. In 2015 I took early retirement from Tesco and joined my wife in her bead shop at Tanzee Designs in Long Street. In 2017 I had the pleasure of becoming the President of the Chamber of Trade and Commerce, which I did until November2020 when unfortunately the Chamber closed. During my four years as President I became involved with Gloucester First LEP in their retail and tourism groups. I also joined the town council working groups for Regeneration , and the Car Park Working Group. I love living and working in this beautiful area of ours and became a Town Councilor because for the first time in my life I feel settled and want to share the knowledge and experience I gained in my roles within the Tesco business and in the local communities. I have worked in up and down the country from Worcester to Cornwall, and I feel wherever you live you should contribute to help make a difference for the benefit of all. You can contact Councillor Tucker via email at mtucker@wotton-under-edge.com 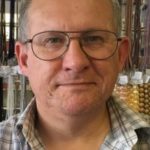 I am 29 and have lived in Wotton all my life. I went to Blue Coat School and KLB. I work in the Co-op and have done ever since I did my work experience there. I enjoy helping the customers, many of whom I’ve got to know over the years. I thought it would be a good idea to have a charity 5 a side football match between the Co-op and Renishaw. I organise this most years and it takes place if there are full teams. My interests outside work include playing the cornet. I play in a brass band (Dodington Parish Band). I enjoy playing darts and have been a member of a team. I am interested in history, politics and current affairs. I am very much a people person. I care about the future of Wotton, my home town, which has a great community spirit and where people look out for each other. You can contact Councillor Turner via email at jturner@wotton-under-edge.com 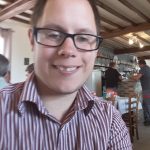